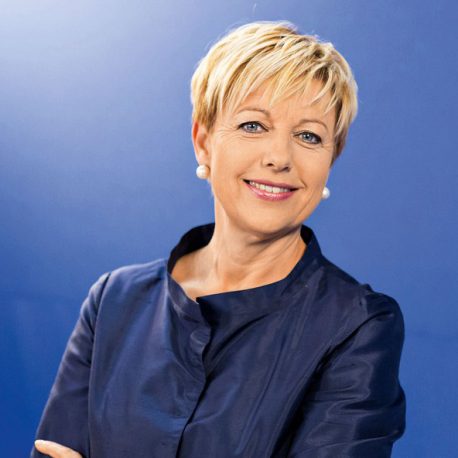 Rosvita Pesek Ph.D. started her career as a journalist at the end of the 1980s on Slovenian national television (RTV). She has prepared and led a number of talk shows, such as Focus and the Omnibus. She also worked as an editor of the current documentary program. As a research journalist, she prepared documentary films such as: The Independence Project (1996), Roška, The Narrative of the Street (1998), Demo(s)kracija (2000), Kočevska Reka (1992), Jože Pučnik – A step in front of others), Lustration (1998) and others. In the Museum of Recent History she has prepared 6 exhibitions which refer to the political parties of the Slovenian Spring and the opposition Demos Democracy coalition.

In recent years, Rosvita Pesek is one of the anchors of award-winning show Odmevi and one of the most famous faces of national television.