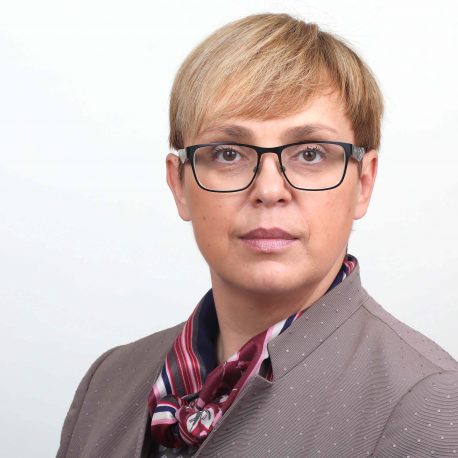 After graduating from the Faculty of Law of the University of Ljubljana in 1992, Mrs. Nataša Pirc Musar passed the national bar examination in 1997. After completing her studies, she was employed for six years at the Slovenian national television station as a journalist and news presenter for the main news programme TV Dnevnik. Subsequently, she worked for five years as a news presenter on “24 ur”, the primary information programme of the largest commercial television broadcaster in Slovenia, POP TV.

She gained additional experience in journalism at CNN, and studied at the Media Department of Salford University in Manchester in the UK for two semesters. During her studies she did professional internships at BBC, Granada TV, Sky News, Reuters TV, and Border TV. She has also written newspaper articles and worked on radio.

Striving for new knowledge, in 2001 she moved to the financial sector, where she joined the largest Slovenian private financial corporation, Aktiva Group, as Head of Corporate Communications. In April 2003 she became the Director of the Training and Communications Centre of the Supreme Court of the Republic of Slovenia. On July 15 2004,  the National Assembly elected her the second Slovenian Commissioner for Access to Public Information. She was nominated for this position by the President of the Republic of Slovenia. Since 31 December 2005, when the Office of the Commissioner for Access to Public Information merged with the Inspectorate for Personal Data Protection, Nataša Pirc Musar has held the office of Information Commissioner.

Upon the proposal of the President of the Republic Dr. Danilo Türk, on May 21 2009 the National Assembly elected Mrs. Pirc Musar to an additional five-year term as Information Commissioner. She began her new term of office on July 16 2009 and finished it on July 2014.

On 9 December 2014 she took an oath as attorney at law at the Slovenian Bar Association. From the 1 January 2015 Nataša Pirc Musar is the director and owner of the Law Firm Pirc Musar & Lemut Strle.

In November 2015 she successfully defended her Ph.D. thesis at Law Faculty in Vienna, Austria titled How to strike the right balance between access to public information and personal data protection – using a public interest test.